Back in 2010, Bookmark won a Best Reads National Children's Book Award for Lub-Dub Lub-Dub, a biography of Dr. Fe Del Mundo the first woman pediatrician in the Philippines. Written by Rusell Molina and illustrated by Jomike Tejido, the book is part of Bookmark's  Great Men and Women of Asia–Children’s Series. The series brings together stories of ordinary people who've done extraordinary acts of goodness that it elevated them to heroic status. Specifically, the heroes featured in the series are awardees of the prestigious Ramon Magsaysay Awards. At a time when teachers and librarians are looking for biography books for children to read, Bookmark took the brave initiative to have this series published.

And they've only just begun on this courageous venture as another series is produced for the Filipino young reader: The Modern Heroes For the Filipino Youth Series.  The series aims to present role models for young people to emulate. Each story in the series contains a central theme that exemplifies a moral value or characteristic or an exemplary incident in the life of each principal character. So it says in each of the book's blurb. 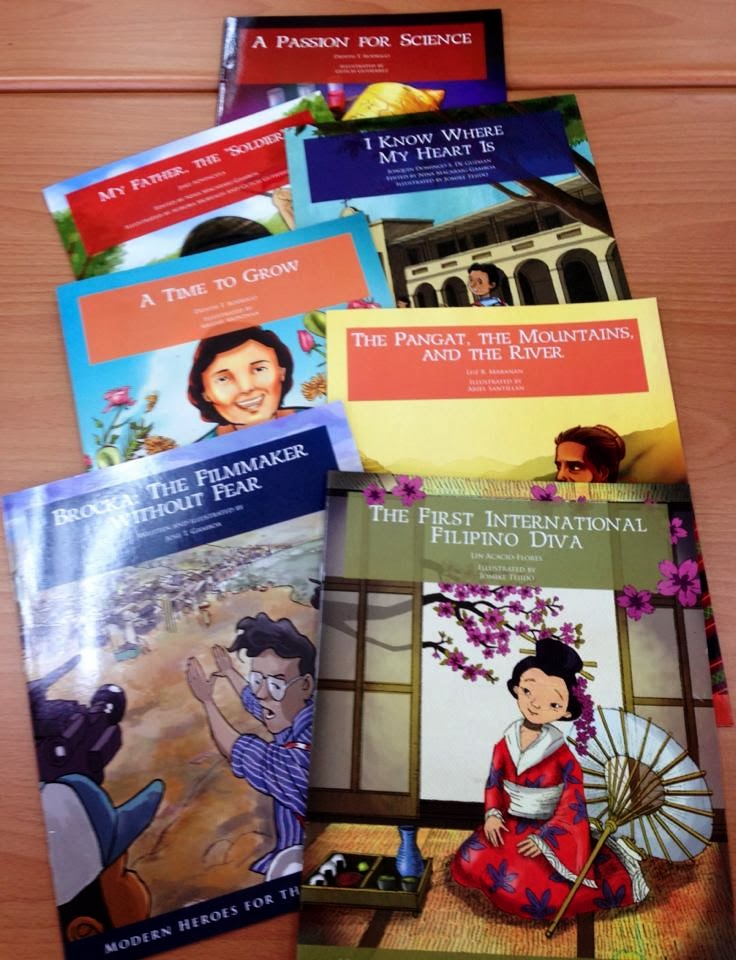 The books live up to its aims as values of bravery, courage and love of country, bespeak of the stories of Ninoy Aquino, Ed Jopson, Jaime Ongpin, Vidal Lorenzo Tan, Gen. Vicente Lim, and Jose Abad Santos. The stories of Richie Fernando, Sr. Christine Tan and Macliing Dulag would inspire young readers to look at love, service for others, determination and social justice in a new light.

The series also features the artistic genius of Lino Brocka and Jovita Fuentes; the ingenuity and business acumen of Margarita Dela Cruz Santiago; the dedication of Fr. Eduardo Hontiveros SJ to bring liturgical music closer to church parishioners; the drive and endurance of Filipino scientists Drs. Lourdes Cruz and Baldomera Olivera Jr.; and the heart and passion of Doreen Fernandez to teaching and writing. 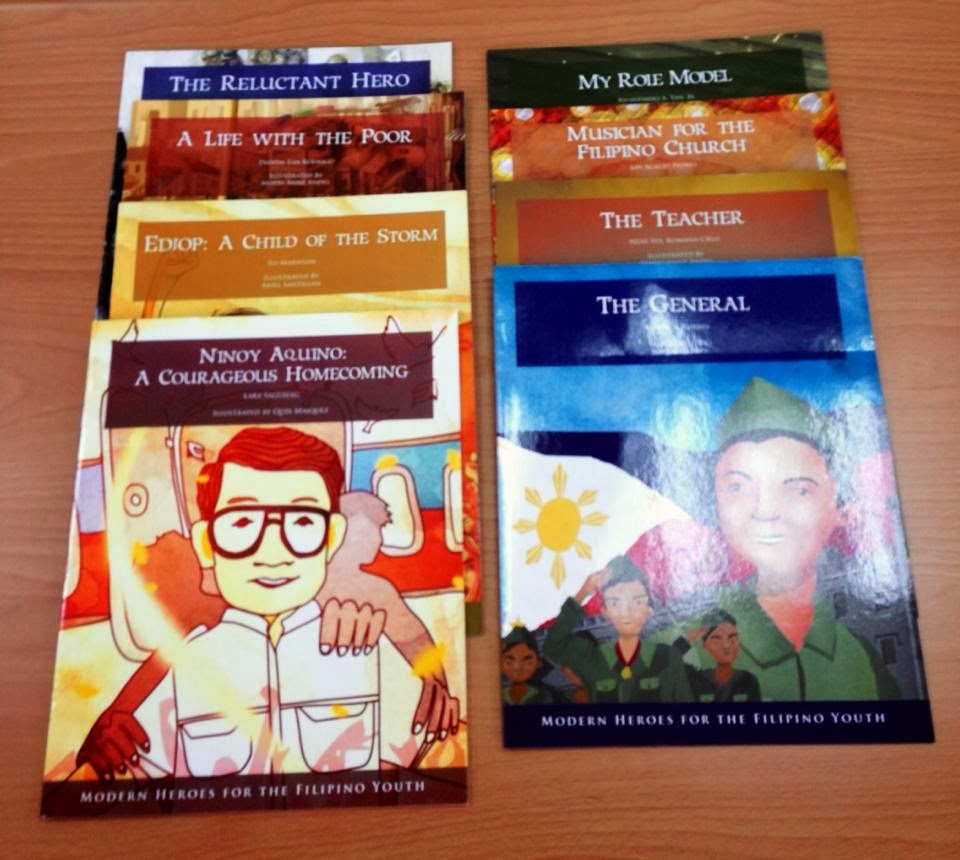 Written by the country's best writers and illustrated by select artists, the series is a beautiful medley of good storytelling and strong visuals. Readers young and old would definitely feel the creators' intent at putting in their best effort and talents to produce quality reading material. What really worked for me, as far as this series is concerned, is it's message of revisiting core values that would help define our identity as a nation in this age of rapid change and globalization. At a time when we're all going through problems that challenge our moral fiber, we need stories to remind us that we're capable of making the right choices no matter how difficult the odds are.